The Mauritius Telugu Maha Sabha (MTMS), a socio-cultural, religious and spiritual organization which was founded on the 4th August 1947, is the official representative of the Telugu people of Mauritius. The Government of Mauritius
deals directly with the Managing Committee of the MTMS for matters relating to the benefit and welfare of the Telugu Community, including the confirmation of the date on which Ugaadi is celebrated each year. 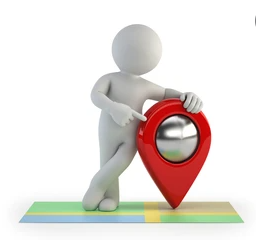 ORGANISATION OF WORKSHOPS AND SEMINARS

As part of its aims and objectives, the MTMS makes it a practice to organise workshops and seminars in its attempt to preserve and further promote the rich Telugu culture and traditions. The following have been successfully attained:

(i) Randonnee at le Bouchon, followed by a workshop on “Youth Empowerment and Awareness” at Le Souffleur (December 2015)

The MTMS run evening schools at five (5) Centres throughout the island. To promote the Telugu language, the MTMS has been organising Telugu examinations annually in November at national level for Standard 1 to Form 5. Students
from across the island take part in the exams and are rewarded at an annual Prize Giving Ceremony.

The documentation center been opened since June 2018 to provide more exposure on Telugu Language, Literature, Arts and Culture.

A team of Nadaswaram players hailing from Andhra Pradesh, are presently in Mauritius on the invitation of the MTMS to perform free of charge at all celebrations around the island in the context of Shri Venkateshwara Swami Maha
Mandala Vrata Diksha Mahotsavam. Nadaswaram is part of our religious rituals as required by the Aagama Shastra and the MTMS is sparing no effort to propagate this art and make it more accessible.

This constitute is an integral part of our religious and cultural celebrations. As such, the MTMS with the help of the Mauritius Telugu Cultural Centre Trust is promoting the same at all levels through Music and Dance Schools opened
in many MTMS Branches throughout the island.

This is another important aspect of our arts and culture. It is a prerequisite of all our religious and cultural functions. To promote this art, the MTMS organises regular competition at Branch, Regional and National levels.

Our religious and cultural activities are organised and opened to all people, irrespective of their religious beliefs and cultures. As such, they attract tourists in the context of cultural tourism. Muggu Mahotsavam are organised regularly in open spaces
(shopping malls, hotel premises and others) to provide more visibility of this art.

Effective international cultural exchange with organisations in other countries having similar objects as ours, have caused the MTMS to be recognized and represented worldwide. Our participation in the following international gatherings
is conclusive evidence of our commitment for the welfare of our Telugu People and the Mauritian Nation at large:

To commemorate the formation of Andhra Pradesh as a separate linguistic State of India, the Mauritius Telugu Maha Sabha (MTMS) organises its annual function on the 1st November. A Garlanding Ceremony of the Bust of Amara Jeevi
Shri Potti Sreeramulu, followed by a Cultural function is the programme of the day. It is now a tradition for the Prime Minister of our country to be the Chief Guest for the function. Also, the programme is telecast live by
our national TV station.

This is another festival which has been brought by our forefathers from Coastal Andhra as indentured labourers. This festival has gained significant importance over time and is being celebrated all over the country.

Accommodation of pilgrims for Maha Shivaratree on the premises of the MTMS at GRNW, Port Louis during the three days preceding the festival are assured, with food and refreshments being served. Also, facilities are provided overnights.
The Great Night of Shiva is celebrated by many of our Branches and Telugu Associations.

CELEBRATION OF OTHER HINDU FESTIVALS

All Hindu festivals are celebrated in our Mandirams/ Devaalayams, including Shri Krishna Janmashtami and Hanuman Jayanti, amongst others

The Chakkani Telugu Ammaayi (Miss Telugu Beauty Pageant) is organised with a view to further promote the Telugu language and culture among the youth, with particular emphasis on traditional dress, human values, Andhra Cuisine,
Muggulu (Rangoli), Carnatic music and Nrutyam (classical dance “Kuchipudi”), amongst others.

Deepavali, also known as the festival of lights, is one of the major festivals celebrated by Hindus and is also a grand celebration for the Telugu community.

Vijaya Dasami, also known as Dussehra, is a major festival celebrated at the end of Navaratri and Shri Venkateshwara Vrata Diksha Mahotsavam.

Accommodation of pilgrims for Maha Shivaratree on the premises of the MTMS at GRNW, Port Louis during the three days preceding the festival are assured, with food and refreshments being served. Also, facilities are provided overnights.
The Great Night of Shiva is celebrated by many of our Branches and Telugu Associations.

Celebrations are organised throughout the country to celebrate on 14 January of each year the festival “Makara Sankranti” which marks the beginning of the sun’s northward path.

Mangalia Mahotsavam is the ceremony where the Telugu married women renew their mangaliam (yellow thread in their taali). Mangala Gowri Pooja is performed to bless the sacred thread before it adorns the neck of the married ladies. Mangaliam Mahotsavam
is observed the same day as Raksha Bandhan.

The Celebrations have now been given a wider dimension. In recent years, the festival has aroused much more awareness, concern and involvement among members of the Community through the active participation of our Branches, Regional Committees and Telugu
Associations. Eleven (11) Bhajana Groups moved from one place to another throughout the island overnight for the celebration. The MTMS fully supports all its stakeholders to be part and parcel of this activity. The Raamabhajana
Mahotsavam will be henceforth celebrated on the 1st Saturday night after Ugaadi from 18:00 hrs to dawn next day during Raama Navaratri.

As from Ugaadi, Raama Navami is celebrated for 9 days to commemorate the birth of Shri Raama. The programme consists of Pooja, satsang and cultural activities in our Mandirams/ Devaalayams.

Our religious and cultural activities are organised and opened to all people, irrespective of their religious beliefs and cultures. As such, they attract tourists in the context of cultural tourism. Muggu Mahotsavam are organised regularly in open spaces
(shopping malls, hotel premises and others) to provide more visibility of this art.

The Shri Venkateshwara Vratam (fasting period) is observed by the Telugu Community in Mauritius during 40 days. This Vratam is a legacy of our forefathers which has gained significance in the 1980’s when priests of the MTMS and other associations go around
the island to preach about the importance of observing this fast and on spiritual values. Prayers are offered daily over the 40-day period in our Mandirams/ Devaalayam, with celebrations across the island in great fervour as
per a preplanned schedule. Live broadcasts of the Kalasa Sthaapana (to mark the beginning of the Vratam) and the national celebration of Shri Venkateshwara Pooja are assured by the MBC TV.

To commemorate the formation of Telangana as a separate State of India, the Telangana Raashtra Avatarana Dinotsavam is organised annually on the 2nd of June.

Ugaadi, the Hindu New Year, is a major grand annual event of the Telugu Community of Mauritius with island-wise celebrations. Ugaadi has been proclaimed as a Public Holiday following the demand of the Telugu People. In Mauritius,
each ethnic group is attributed a public holiday for a specific celebration. For the Telugus (Andhras), it is Ugaadi. The Prime Minister is the Chief Guest for the National Celebration each year and the programme is telecast
live by MBC TV.